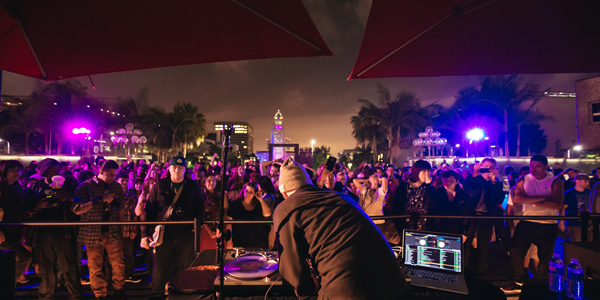 A summer favorite now in its 13th year, The Music Center’s Dance DTLA is an evening of dance under the stars on most Friday nights in the summer months, from June – September, 2017.

Held on alternating Friday nights and curated by influential artists and tastemakers who give voice to Los Angeles’ dynamic and vibrant culture through music, dancing, arts and aesthetics, DJ Nights (9:00 p.m. – midnight) offers Angelenos the opportunity to dance the night away in Grand Park. Details for each night of the series will be announced in May, 2017.