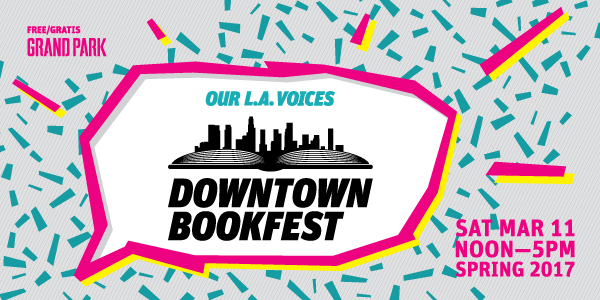 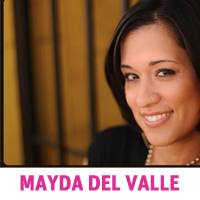 MAYDA IS THE DOWNTOWN BOOKFEST HOST!

Poet and performer Mayda Del Valle has been described by the Chicago Sun Times as having “a way with words. Sometimes they seem to flutter and roll off her lips. Other times they burst forth like a comet streaking across a nighttime sky.”

A proud native of Chicago’s South Side, Mayda got her start at New York City’s legendary Nuyorican Poet’s Cafe, where she was the 2001 Grand Slam Champion and went on to win the 2001 National Poetry Slam Individual title, becoming the youngest and first Latina poet to do so. She went on to appear on 6 episodes of Russell Simmons Def Poetry Jam on HBO, and was a contributing writer and original cast member of the Tony Award winning Def Poetry Jam on Broadway.

Since 2011 Mayda has been a teaching artist with the poetry-based non-profit youth organization Street Poets.  She is also a dancer and vocalist with the Los Angeles based Afro-Puerto Rican bomba group Atabey, and is currently pursuing an MFA in Creative Writing at California Institute of The Arts. 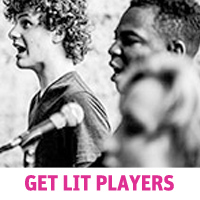 The Get Lit Players (GLPs) are an award-winning youth poetry troupe and the most watched poets on the internet. They have collaborated with the United Nations, John Legend, the White House, and more, inspiring their peers to engage in their educations and their lives. 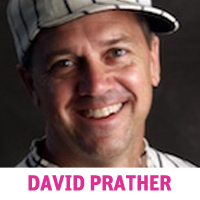 In nearly two decades with The Music Center, Mr. Prather has conducted numerous workshops and residencies, and created several solo shows including Prather’s Poetry Jam. In all of these endeavors, Mr. Prather has sought to share his love of language and performance so evident in his interpretation of Casey at the Bat. Transformation, Enduring Values and The Human Family are strong universal themes. 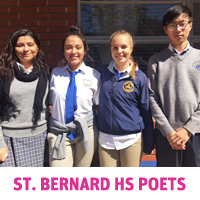 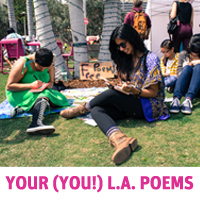 You who wrote an L.A. poem in the NOON – 1:30PM workshop with Mike “The PoeT” Sonksen will express what makes this place the greatest on earth. 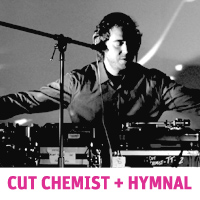 Cut Chemist has been recording and performing for over twenty years.  Cut first became known as a founding member of both the rap group Jurassic 5 and the Grammy award winning Latin funk outfit, Ozomatli. His mix-tapes, albums, and remixes are critically acclaimed, including The Audience’s Listening and Sound of the Police. “Whatever comes next you can expect the same ethic of artistic integrity” says Cut. “Hip Hop is not a specific type of music, it’s how its presented. I feel I’ve always proved that and will continue to do so.” 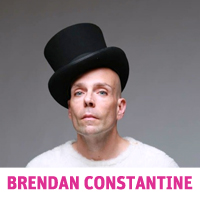 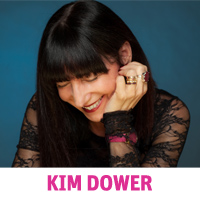 Kim Dower’s first collection of poetry, Air Kissing on Mars, (Red Hen Press, 2010) was on the Poetry Foundation’s Contemporary Best Sellers list, and was described by the Los Angeles Times as, “sensual and evocative . . . seamlessly combining humor and heartache.” Slice of Moon, her second collection, (Red Hen Press, 2013), was called, “unexpected and sublime,” by “O” magazine. Kim’s work has appeared in Garrison Keillor’s “The Writer’s Almanac,” and Ted Kooser’s “American Life in Poetry,” as well as in Ploughshares, Barrow Street, and Eclipse. Kim teaches a workshop called, Poetry and Dreaming in the B.A. Program of Antioch University. She lives in West Hollywood, California. Her latest collection is The Last Train to the Missing Planet (Red Hen Press, 2016). 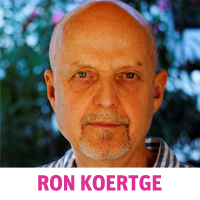 Ron Koertge teaches at Hamline University in their low-residency MFA program for Children’s Writing. His most recent book, Vampire Planet, is a collection of new and selected poems. His other works include Sex World (Red Hen Press, 2014), Fever (Red Hen Press, 2007), Indigo (Red Hen Press, 2009), Lies, Knives, and Girls in Red Dresses (Candlewick Press, 2012), and The Ogre’s Wife (Red Hen Press, 2013). Koertge also writes fiction for teenagers, including many novels and novels-in-verse: The Brimstone Journals, Stoner & Spaz, Strays, Shakespeare Bats Cleanup, Shakespeare Makes the Playoffs, and Coaltown Jesus. All were honored by the American Library Association, and two received PEN awards. He is the recipient of grants from the NEA and the California Arts Council and has poems in two volumes of Best American Poetry. He lives in South Pasadena, California. 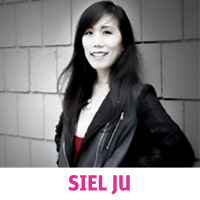 Siel Ju is a writer in Los Angeles. She is the author of two poetry chapbooks: Feelings Are Chemicals in Transit (Dancing Girl Press, 2014), and Might Club (Horse Less Press, 2014). Her stories and poems appear in ZYZZYVA, The Los Angeles Review, Denver Quarterly, and other publications. She also edits Flash Flash Click, a weekly email lit zine for fast fiction. Siel is the recipient of a residency from The Anderson Center at Tower View and holds a PhD in Literature and Creative Writing from the University of Southern California. Cake Time is her first novel-in-stories. 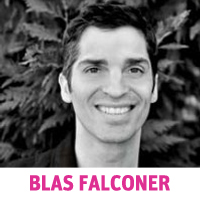 Blas Falconer is the author of The Foundling Wheel (Four Way Books, 2012);  A Question of Gravity and Light (University of Arizona Press, 2007);  and The Perfect Hour (Pleasure Boat Studio: A Literary Press, 2006).  He is also a co-editor for The Other [email protected]: Writing Against a Singular Identity(University of Arizona Press, 2011) and Mentor & Muse:  Essays from Poets to Poets (Southern Illinois University Press, 2010). He teaches in the low-residency MFA program at Murray State University. Falconer’s awards include a 2011 National Endowment for the Arts Fellowship, the Maureen Egen Writers Exchange Award from Poets & Writers, a Tennessee Individual Artist Grant, the New Delta Review Eyster Prize for Poetry, and the Barthelme Fellowship. Born and raised in Virginia, Falconer earned an M.F.A. from the University of Maryland (1997) and a Ph.D. in Creative Writing and Literature from the University of Houston (2002).  He currently lives in Los Angeles, California with his family. 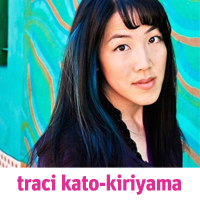 The Writer Is In: Grand Park’s Teaching-Writer-in-Residence and LUNCHTIME! Writer’s Meetup facilitator traci kato kiriyama offers free writing consultation to dislodge any blocks, offer advice, or give words of encouragement.

traci kato-kiriyama is:  a writer/actor and one half of the award-winning PULLproject Ensemble; director/co-founder of Tuesday Night Project – presenter of the Tuesday Night Cafe series (currently the longest-running Asian American-produced mic series in the country);  and Writ Large Press author of a new book still in the birthing process.  She has been presented as a performer, poet, theatre deviser, guest lecturer, speaker, facilitator, emcee, and Artist-in-Residence at innumerable venues from Los Angeles, San Francisco, Washington and Hawai’i to Philadelphia, Florida, New York and Toronto. 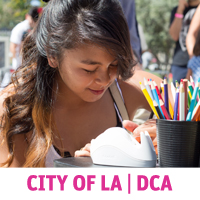 Emily’s BIG READ: The City of L.A. Department of Cultural Affairs leads Big Read activities exploring the life and times of Emily Dickinson, including a book-making workshop inspired by Dickinson’s collection of 400 plant specimens, creating personal treasures with magnetic poetry in a tin box, and a poetry photo booth with Victorian-era props and prose.

Be sure to check out the temporary installation of quilt created by students of the Canoga Park Youth Arts Center. This exhibition is the culmination of weeks-long class in which youth read the poetry of Emily Dickinson and created the quilt as group work of art.

Formed in 1925, the Department of Cultural Affairs promotes arts and culture as a way to ignite a powerful dialogue, engage LA’s residents and visitors, and ensure LA’s varied cultures are recognized, acknowledged, and experienced. DCA’s mission is to strengthen the quality of life in Los Angeles by stimulating and supporting arts and cultural activities, ensuring public access to the arts for residents and visitors alike.

DCA advances the social and economic impact of arts and culture through grantmaking, public art, community arts, and strategic marketing and development. DCA creates and supports arts programming, maximizing relationships with other city agencies, artists, and arts and cultural nonprofit organizations to provide excellent service to all residents and visitors in neighborhoods throughout LA. 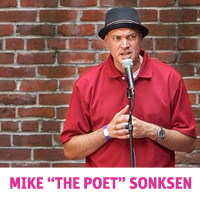 Write Where You Are: Create your own L.A. poem in an activity taught by three generations of L.A. poets, including Mike “The PoeT” Sonksen and traci kato-kiriyama.

Mike Sonksen, also known as Mike the Poet, is a 3rd-generation LA native acclaimed for poetry performances, published articles & legendary city tours. Poet, journalist, historian, tour guide, and teacher, he graduated from the University of California Los Angeles and is currently pursuing an advanced degree at California State University Los Angeles. Sonksen has lectured at and had his book I AM ALIVE IN LOS ANGELES! added to the curriculum of over 60 universities and high schools. 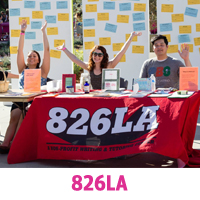 Let it NEVER-EVER End: Stop by 826LA and the Time Travel Mart to pick up goods or leave your mark in their never-ending story.

826LA is a non-profit organization dedicated to supporting students ages 6 to 18 with their creative and expository writing skills, and to helping teachers inspire their students to write. 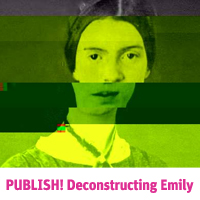 PUBLISH! and Deconstruct Emily: Dickinson’s poems get refashioned, reordered, and reinvented via vintage typewriters in a activity led by Writ Large Press.

PUBLISH! is an ongoing underground publishing project. Kicking off below ground in the Old Bowery Subway Station in NYC, PUBLISH! has traveled all over, publishing hundreds of writers from around the world through the use of typewriters, speech-to-text software, broadsides, Instagrams, and mathematical equations. 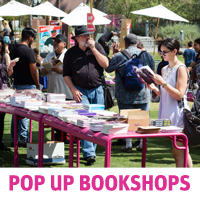 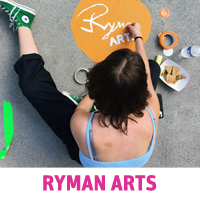 Since its doors opened in 1990, Ryman Arts has engaged over 6,000 Southern California teens in its core 18-month studio program. This vibrant community of culturally diverse teens comes from over 150 neighborhoods across the region. In over two decades, Ryman Arts has evolved into a national model for transforming the lives and futures of young artists. A non-profit organization, Ryman Arts is funded by individuals, foundations, corporate supporters, and government agencies including the National Endowment for the Arts. 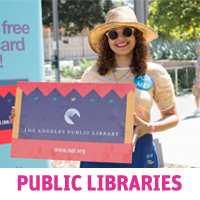 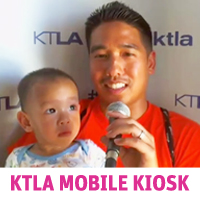 Whatever Pops In: Share your stories and thoughts at the KTLA Mobile Kiosk

Other OUR L.A. VOICES events: