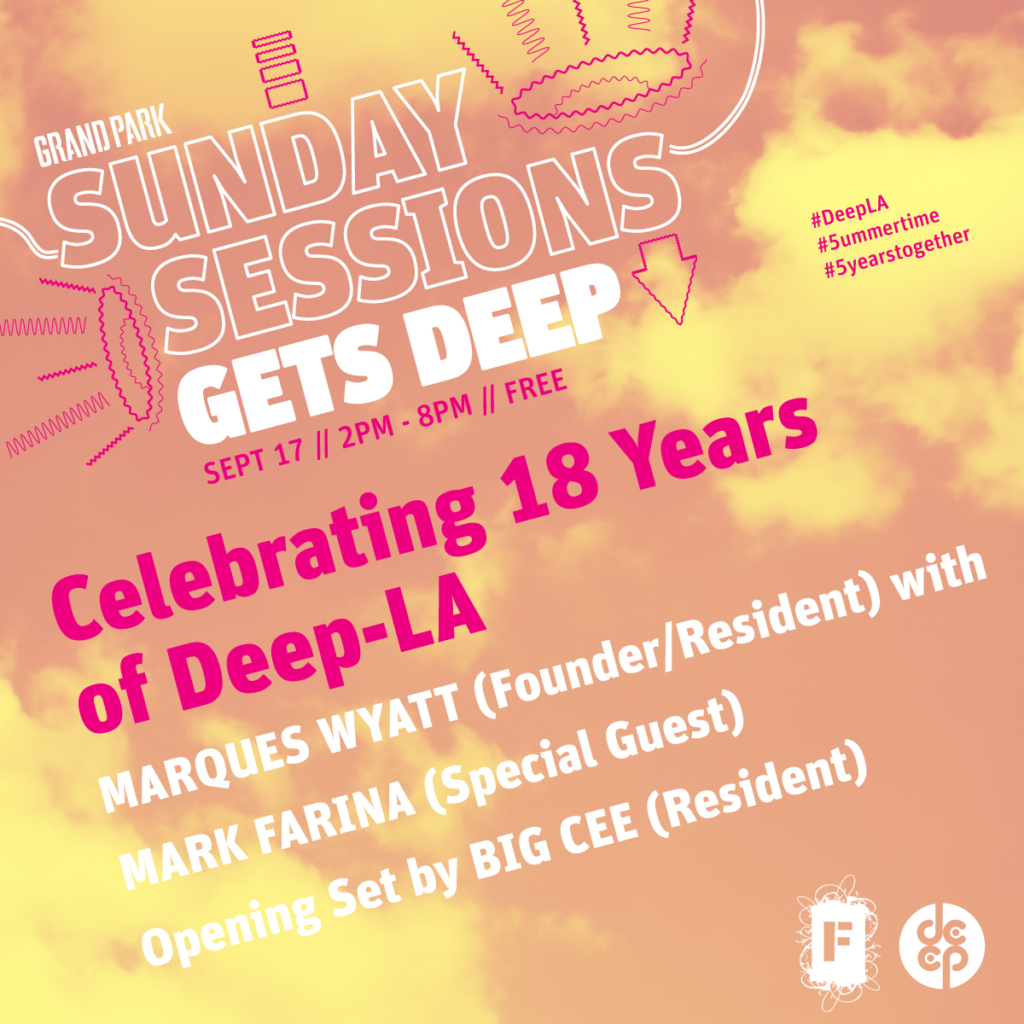 This month SUNDAY SESSIONS gets DEEP. Join Marques Wyatt and friends to celebrate 18 years of DEEP-LA. Gather together with family and friends for a season-wide tribute to L.A.’s house music scene in the park for everyone. 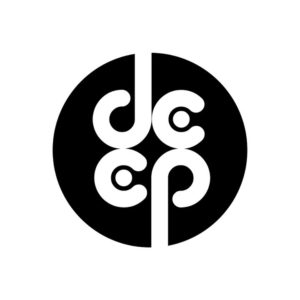 Deep is nothing short of a phenomenon driving the dance music scene in Los Angeles and beyond. For 18 years, DEEP has prided itself on procuring and presenting the ﬁnest soulful electronic music DJs and artists from around the world. DEEP forges on as an internationally esteemed sanctuary for house music lovers.

DEEP is much more than the sum of its parts. It is not just an inviting dance floor, soulful house records and big bass speakers. It exists within the collective energy of its dedicated patrons, blessing the faithful and free who dance in celebration of life, which, if only once a month, is made of pure bliss. 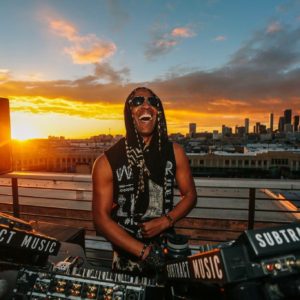 One of the few house music DJs who has managed to avoid the mantle of anonymity associated with the genre: he’s a cornerstone of the Los Angeles club scene, but regularly tours the width and breadth of the states, as well as other continents. He has played at just about every major electronic conference and festival, and is one of the most respected DJs and promoters on the West Coast. 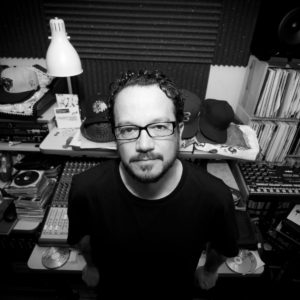 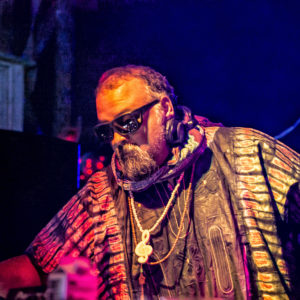 His father was a Drummer in the 1960s and 1970s, later becoming a DJ in the 1980s. Music has been a staple in Big Cee’s life since birth. Right hand man to Marques Wyatt at DEEP-L.A,  Big Cee is a Regular player in the thriving  Los Angeles Underground Dance Community.