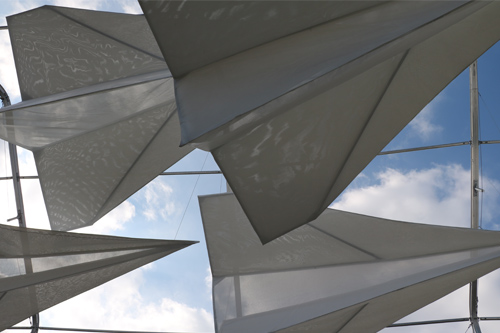 An example of public art with a practical purpose, the structure can be moved and relocated to “take flight” in any area of Grand Park. 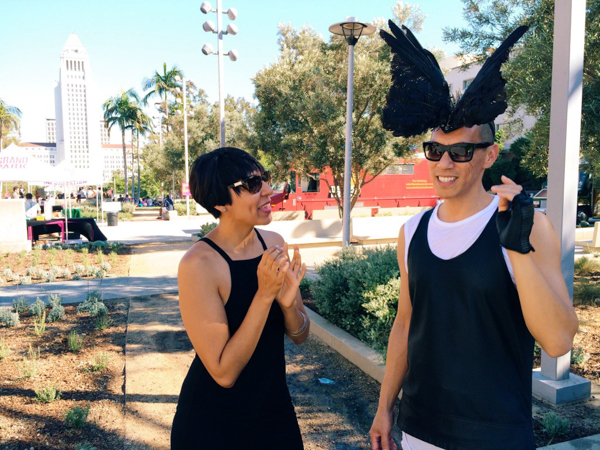 Artists Dean Sherriff and Elenita Torres came up with the concept of the giant paper airplanes, and after a public vote, Los Angeles agreed that their concept would be the one to take flight to make A Cooler Grand Park.  Each plane represents one incorporated city in Los Angeles County and in its entirety, represents the 88 incorporated cities in the County. 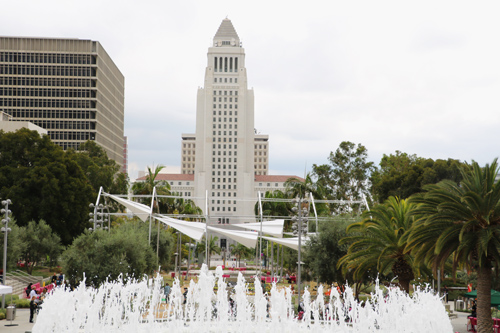 Canvas Specialty’s engineers and industrial designers took the artists’ concept, then created the airplanes and structure and brought the concept to flight.  This project was fabricated in East Los Angeles and took six months to complete from concept to installation.

This inaugural public art project in Grand Park would not have been possible without the support of the Goldhirsh Foundation’s My LA2050 Grants Challenge.

BTW If the inspiration hits you and you have an idea for a better L.A., this year’s My LA2050 Grants Challenge is up and running! Propose your vision by OCT 4.