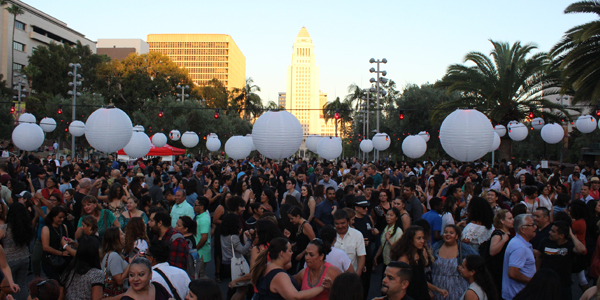 A summer favorite now in its 13th year, The Music Center’s Dance DTLA is an evening of dance under the stars on most Friday nights in the summer months, from June – September, 2017. Hosted this year entirely in Grand Park, the series features Dance Downtown (7:00 p.m. – 11:00 p.m.), every other Friday night, where participants can learn new dance moves in a judgment free zone with a different dance genre at each event. From Cumbia to Disco and Line Dancing, Dance Downtown welcomes anyone who loves to dance to learn some new moves in the heart of Los Angeles’ civic center. The Music Center’s Dance DTLA events will be held at various locations throughout Grand Park.